Graduates of Law academies and faculties formed, undoubtedly, the backbone of the modernising Hungarian state, were efficient and valuable cogwheels in the administrative and judicial systems, dispensing justice, favours, and punishments, and paving the way for the failure or success of greater political and cultural endeavours. The resilience of customary law, which emerged from the continued practice of the courts and resisted many attempts at reconfiguration, was a characteristic of late 19th and early 20th century Hungary, and meant that the members of the judicial professions continually contributed to the shaping of the Hungarian (and Transylvanian) legal system. 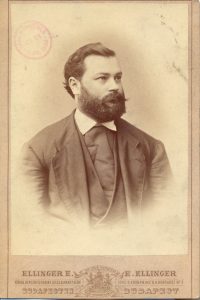 Graduates of Law were disseminated and integrated at virtually all levels of society: from members of Parliament, to high county administration, judges in county courts, jurists in the emerging private sector (banks, etc.), and lawyers operating in private practices. Indeed, it may be stated that there was an overabundance of individuals trained in Law during the Dualist and then interwar periods, leading to the well-known trope of Hungary as a ‘nation of lawyers’.

This nation-building strategy, highly visible in Romanian-language press in Transylvania and the Banat, and aligned with the overt goals of national emancipation of the Romanian national movement, was reinforced by less conspicuous, less ambitious, but broader and more successful endeavours to fashion a legal elite.

These become apparent to the historical gaze from a bottom-up perspective: Romanian students at faculties and academies of law within the Austrian-Hungarian Empire during Dualism appear in more than 4000 instances out of 7778 total entries documenting Romanian students.
Hundreds of future graduates of Law from universities in the Empire received the financial support of Romanian foundations in Sibiu (ASTRA), Blaj (the foundations administered by the archbishopric), Năsăud (the funds of the former border guard regiment), and Budapest (the Gojdu foundation). Romanian lawyers, formerly supported by these organizations, opened up private practices and received as trainees their younger counterparts, who had been able to complete their studies owing to the same financial resources. Romanian graduates of Law entered the administration and judicial systems at all levels, and reached the highest degrees of political involvement, being elected to the Budapest Parliament and joining specialized parliamentary commissions, in key positions (notaries and speakers).

Romanian members of the legal profession were part and parcel of the budding middle class in Transylvania in the latter half of the 19th century. They presented examples of social mobility, and could perpetuate the choice of the profession both inter and intra-generationally, recognizing its potential to make more permeable the social-economic boundaries imposed by the ethnical hierarchy in Hungary. Their wages, living standards, and attitudes towards society and family (as many had been educated abroad) could sometimes be at odds with those of the social milieus from which they stemmed.